Flatfoot reconstruction surgery aims to repair the foot’s ligaments and tendons and correct deformities of the bones to restore and support the arch. These adjustments can help reduce the patient’s pain and allow them to resume an active lifestyle.

What is a Flatfoot?

Flatfoot is a term used to describe a collapsed arch, meaning your feet lay flat against the floor when standing. There are two types of flat feet:

Flat feet may be congenital, meaning they were present at birth, or they can be acquired over time. Since there are several causes of a flattened arch, the types of flatfoot reconstructive surgery vary depending on the root of the condition.

Posterior tibial tendon dysfunction is a condition in which the tendon that connects the calf muscle to the inner foot becomes torn or inflamed. When the tendon is unable to support the foot’s arch, it tends to lead to a flat foot. To treat this condition, NJ Spine and Wellness offers the following reconstructive surgeries:

Rheumatoid arthritis is a chronic inflammatory disease that attacks ligaments and cartilage in the foot and ankle, often leading to flat feet. When rheumatoid arthritis causes your arches to flatten, it can be treated with the following flatfoot reconstructive surgeries:

When ligaments in the foot become injured due to a sudden force, the joint may fall out of proper alignment. Over time, torn ligaments may no longer be able to provide support, leading to a complete collapse of the arch. Foot arch reconstructive surgeries due to injury include:

Also called Charcot foot, diabetic collapse is a severe type of flatfoot that occurs as a result of nerve damage to the lower extremities. This condition can lead to deformities in the foot, which often require surgery to remove any bony prominences that arise in the region.

For stable deformities, the bony prominence is shaved away, while for unstable deformities, fusion and reposition of the bones are needed. In the case that a fracture occurs, screws and plates will supplement a fusion procedure to provide additional bone support and stability.

Flatfoot Surgery Recovery: What You Can Expect

After flatfoot reconstructive surgery, your leg will be in a cast or splint and should be kept elevated for as much as possible for the first two weeks to reduce swelling and expedite the healing process. It’s imperative not to put weight on the foot for six to eight weeks.

Once eight weeks have passed, you can gradually begin weight-bearing activities, but one of our specialists at NJ Spine and Wellness will likely recommend using inserts or an ankle brace. They will also prescribe physical therapy to accelerate recovery. 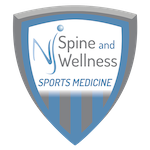 Get Better Faster With NJSW!

Do You Have Pain?

Check Out Our Socials

Take The First Step Towards Getting Better, Faster