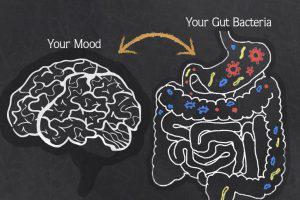 Our brains are constantly working 24 hours a day, 7 days a week…even when we’re sleeping! As the saying goes ‘a mind is a terrible thing to waste’. In the US alone, 1 in 5 adults suffer from a mental health illness…that’s over 40 million Americans. One of the most under-recognized factors in the development of trends in mental health is the role of nutrition. Within the nervous system is a network of neurons that line the entire digestive track. This makes your gut as influential to your mental health as your brain. Studies have shown evidence of nutrition having a direct affect on mental health. This evidence indicates the gut playing an important role in the development, management and even prevention of specific mental health problems such as depression, anxiety, Alzheimer’s, autism, and traumatic brain injury. Here are ways nutrition is linked with different mental health issues and how it can help.

Depression – Depression is said to be the top cause of a disability. Patients who suffer from depression or anxiety are usually treated with antidepressants and/or psychotherapy. Antidepressants, however, simply mask the problem and do not get to the root cause of it. The same way nutritional deficiencies and physical illness are connected, few people are aware of the connection between nutrition and depression. Depression is typically considered a biochemical or emotionally rooted illness. A notable feature in the diets of patients suffering from depression or anxiety is the lack of nutrients such the essential vitamins, minerals and omega-3 fatty acids. Eating a better quality diet of these nutrients can
lead to better mental health outcomes. 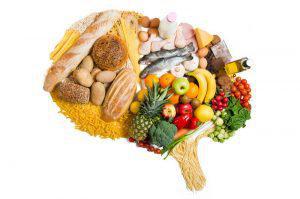 TBI (Traumatic Brain Injury) – While our brain is responsible for different functions and is protected by our skull, it is also very fragile and can be injured. According to the Brain Injury Awareness Association, a traumatic brain injury (TBI) is an alteration in brain function cause by external force. This can include falls, assaults, sports/recreational injuries, head trauma, domestic violence, and concussions…just to name a few.

A ketogenic diet has been proven to help with TBI’s. A ketogenic diet is a high fat, low carbohydrate diet. This diet forces the body to burn fat rather than carbs. The carbohydrates in food (such as bread, pasta, whole grain) are needed to convert into glucose, which is transported into the body and important in fueling brain function.

Autism – Autism is a developmental disorder that impairs the ability to communicate. While the neurological root cause of autism is still unclear, The Library of Medicine has discovered a link between autism and the gut. It has been found that majority of children with autism display gastrointestinal symptoms such as acid reflux, gallstone pancreatitis, flatulence, and abdominal pain. This leads to an increase in inflammation. Foods such as tomatoes, green leafy vegetables, almonds, salmon and blueberries can help combat and decrease inflammation. 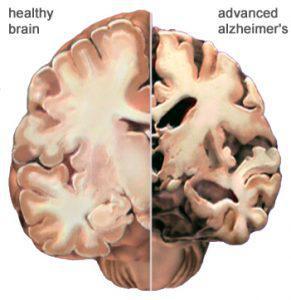 Dementia/Alzheimer’s – Alzheimer’s is a form of dementia that causes a long-term or gradual decrease in the ability to remember. It is the 7th leading cause of death, and while it can be genetic, it is not always a determining factor for Alzheimer’s. For a person with Alzheimer’s, poor nutrition may increase behavioral symptoms. There has been growing evidence of dietary risk factors in the development of Alzheimer’s and cognitive decline with age. These include antioxidant nutrients, fish, dietary fats, and B-vitamins. By improving metabolic health and avoiding sugar and processed carbs. Sugar is a driver of Alzheimer and Dementia.

It is clear that there is a critical link between gut health and brain function. There is no coincidence when an individual immediately experiences increased mental clarity following a natural gut cleanse. The only question is when do you plan on starting your journey to better mental health? Eating a balanced diet is great, but you must first cleanse the gut of bad bacteria and begin the process of re-culturing good bacteria. This is done with the Standard Process 21-day Purification and Rebalancing Program. This is the most effective natural cleanse we have seen and is only available for purchase through healthcare providers. If you are interested in starting your journey to proper gut health, contact us today!