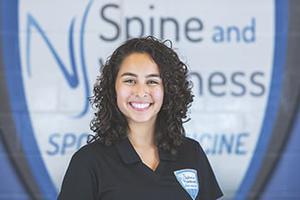 We are always honored to highlight our patients, their stories, and their successful recovery from the many challenges in life. In honor of National Cancer Survivors Month, we wanted to highlight one of our staff members at NJSW, our very own rehab technician Jessica! She has been a survivor of ovarian cancer for about a year and 9 months and is currently in her last year at Montclair State University to become an Athletic Trainer. In March 2015, the doctors discovered a cyst in her right ovary. It appeared non-threatening so no action was taken. Around January 2016, the cyst grew to be more than twice the size at which it originally was back in March along with a tumor. The rapid growth at which the cyst developed called for immediate surgery. Though nervous, Jessica successfully endured a 6-hour surgery in March 2016. 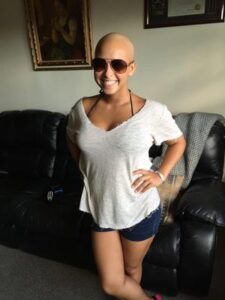 Although the surgery went well, the pathologists decided to do further testing to the tumor that was removed. The tumor resulted to be malignant and Jessica needed to undergo chemotherapy for stage 1 ovarian cancer. She started chemo in June 2016 and completed 4 cycles of treatment through the summer. The treatment did not stop Jessica from going to work or continue exercising, but she wasn’t always able to fight against her body and mind.

“Having cancer has affected me emotionally, physically, and mentally. It gave me the worst roller coast ride of my life, but it also helped me find the fighter within myself. ” 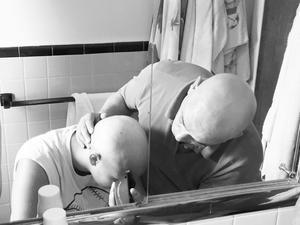 Shortly after her treatment was over in August 2016, she had a CAT scan to determine whether or not she needed to undergo further treatment. In September 2016 her doctor delivered the best news any cancer patient can ask for, “You are in remission.”

Although this experience was hard for her to go through, Jessica felt she gained strength from living through the pain.

She gained bravery, self-confidence due to the loss of her hair, and motivation to keep pushing through each day to show cancer that it would not make her weak.

“I am thankful to have survived this fight. It is hard to admit, but without this experience, I wouldn’t look at life the way I do now, and I wouldn’t be the person I am today.” We commend Jessica’s bravery for sharing her story, surviving the fight and helping other patients find the fighter within themselves as well!