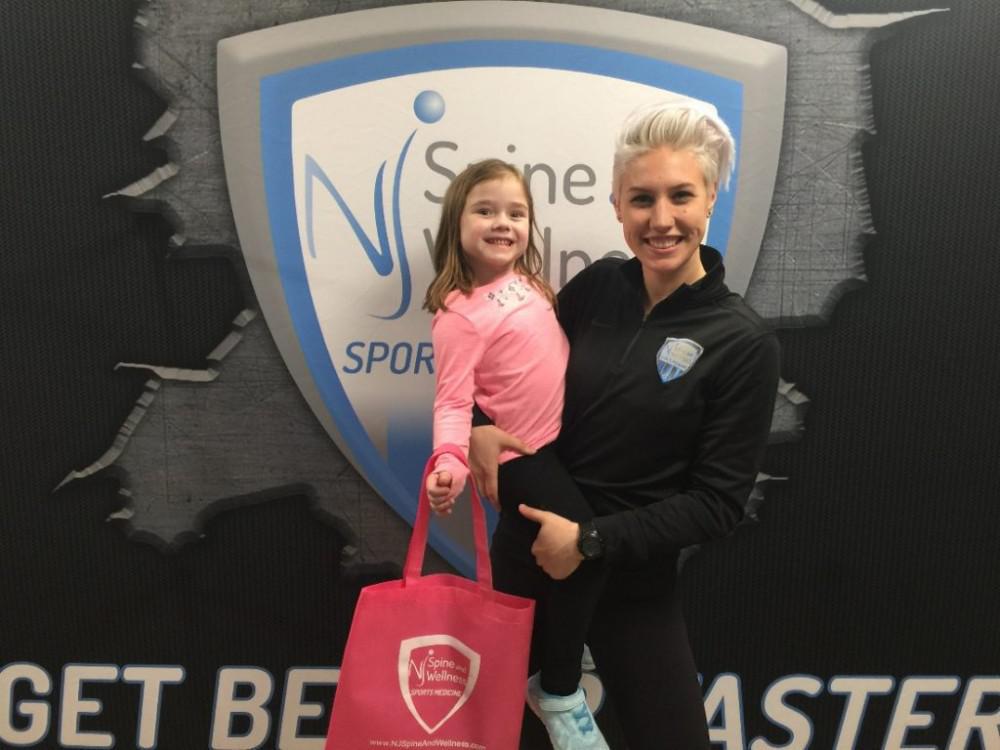 There’s just something about young children that can brighten your day, no matter what the circumstances may be. This is very much the case with March’s Patient Spotlight, a fan favorite, Gabby! Gabby is a spunky six-year-old that loves her stuffed animals. She enjoys playing tee ball and soccer, in which she is VERY competitive. When Gabby was an infant, her parents noticed that she wasn’t hitting her movement milestones. Gabby was over 18 months old and had not shown any signs of learning how to crawl or cruise. Gabby’s parents brought her to the Children’s Specialized Hospital for extensive testing on what could be wrong. Doctors even went as far as to check if she had a tethered spine.

It was all for naught. All of the tests came back negative. She was prescribed home therapy and AFO braces through the VNA to help her develop the proper ambulatory skills that a normal child her age would have. After four months of therapy, Gabby finally began walking. She was now almost two years old, and something was still off. Still stumped, her parents made an appointment at CHOP (Children’s Hospital of Philadelphia). Just by reviewing her chart, the doctor knew exactly what was going on with Gabby. She was diagnosed with a form of Cerebral Palsy known a Spastic Diplegia that only affects her from the waist down. The doctor noted that the damage to her brain was so minimal that it couldn’t be picked up on MRI, which is why the diagnosis may have been missed previously. She was to initiate physical therapy to improve her functionality and gait. Gabby’s mother Kellie had seen a friend posting about NJ Spine and Wellness on Facebook and read our reviews. She decided that we were whom she would trust with Gabby’s care.

“Gabby has never moved better than since she started at NJSW. There has been such a difference in the quality of her life. We are so thankful.” -Kellie N (Gabby’s Mother) 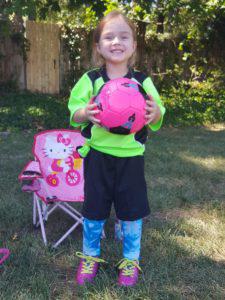 Gabby has made incredible strides since starting with Dr. Sam. Since Spastic Diplegia is associated with constant tightness and stiffness of the muscles of the lower extremity, Dr. Sam and Sean were tasked with putting together fun exercises that keep Gabby focused, and her legs moving. They found the perfect challenge for the peppy six year old. Sean and Dr. Sam set up obstacle courses for Gabby every session, which bring out that competitive spirit inside of her (she loves racing Sean). She is given the high amount of individual attention that she needs to complete her “mini boot camp” every session, as Kellie calls it. Her progress in strength and balance is noted not only by her therapists and family, but by her school as well. Gabby used to enter the building through a special door, but is now able to use the regular entrance along with her classmates. She is also displaying much more freedom on the playground both at home and in school. She is able to fly up the stairs, which previously could be a very tedious task. Gabby is now practically living the life of a normal six-year-old. She no longer shows the hesitation to do activities that she did in the past and has visibly stronger legs. Gabby is now doing things she was completely incapable of before. 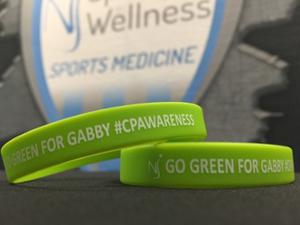 Her doctors say that she has never looked better. Her prognosis is that she will lead a completely normal life, but is required to continue her physical therapy. March is CP Awareness Month and we will be selling green wristbands with proceeds going directly to Gabby’s family to help fund any costs that they may incur due to Gabby’s CP. To purchase a wristband, contact any of our offices today!