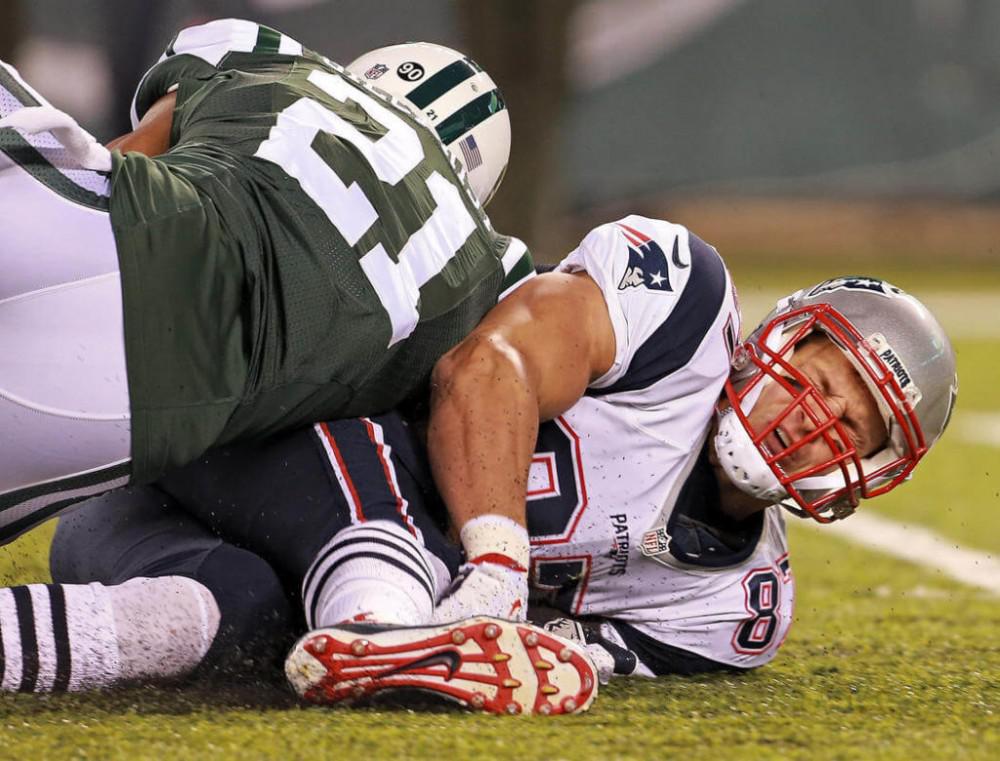 If you are a fan of the NFL, a Jets fan in particular around here, you more than likely already know that New England Patriots tight end Rob Gronkowski is out for the foreseeable future after injuring his back. This is probably mostly in part because it happened against your team! (Photo Credit: AP Photo) Gronkowski hit the ground hard while pursuing a deep pass from QB Tom Brady during the Pats vs Jets game on November 27th, herniating a disc in his lower back. The disc rupture required surgery and likely means Gronk will be out for a minimum of 6-8 weeks. But does that mean his season is entirely over? Probably, yes. But if Gronkowski puts in the work, the Super Bowl is 9 weeks from his surgery date, which means he could be fully recovered by then (obviously considering the Patriots make it that far). We see athletes return to play sooner than expected all of the time; elite athletes seem to have superior healing powers. Again it’s a stretch, and being his third discectomy of his career at the age of only 27, I would err on the side of caution if I were Gronk. So what exactly is a discectomy and why would someone need it? 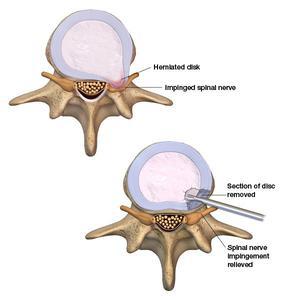 In the realm of spine surgery, a discectomy is a relatively small procedure. It is typically recommended for patients who have experienced a disc herniation causing persistent pain and symptomology. Typically these are cases that are not severe enough to warrant a more invasive procedure and have not responded to physical therapy, chiropractic, or other conservative treatments. These disc injuries can occur acutely (like Gronkowski’s hit) or chronically over a long period of time. You can review last month’s article for the specs on bulges vs herniations by clicking here, but they ultimately trigger the same causation of pain: nerve impingement. When the leaked disc material presses on a nerve, it signals a number of symptoms including pain, weakness, numbness, and tingling. The goal of the discectomy is to decompress the impinged nerve. Depending on the doctor’s technique, they may go through the back or the side. In either case the herniated disc material is removed and the nerve is gently mobilized, all through an incision that is less than 1 inch long. Patients are often encouraged to start moving the very same day. Physical therapy is needed to regain strength, flexibility, and mobility. According to Dr. Christopher Bono, chief of orthopedic spine surgery at Brigham and Women’s Hospital, he would feel comfortable sending a manual laborer who lifts heavy object back to work 4-6 weeks post-op. That is, of course, unless your job is to get pummeled by 300+ lb men! Stay Well.